Western Australia and The Indian Pacific 2022 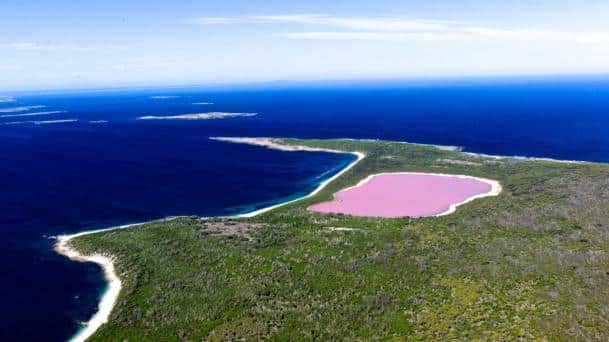 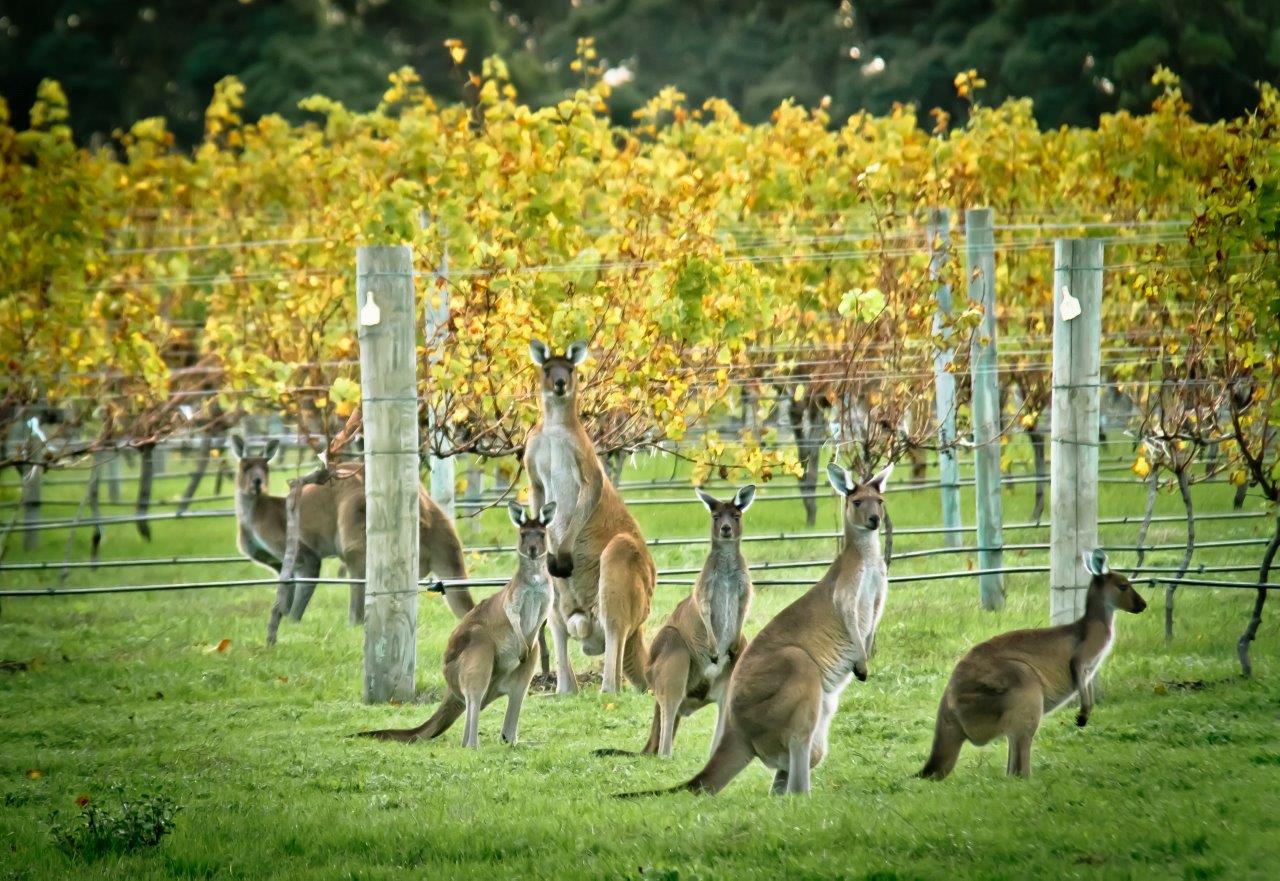 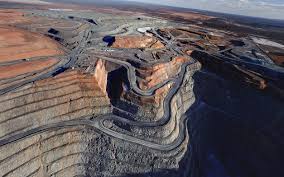 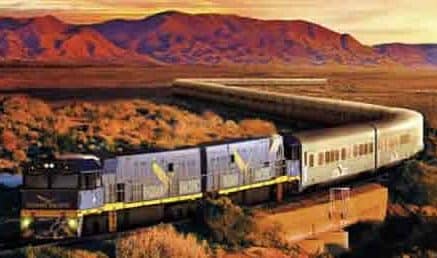 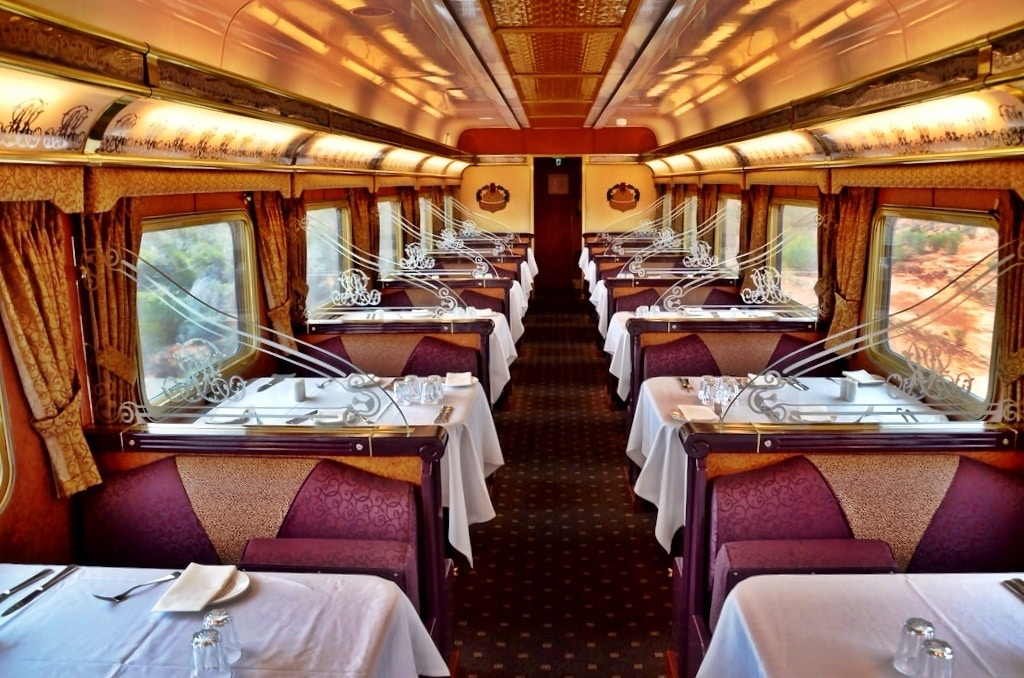 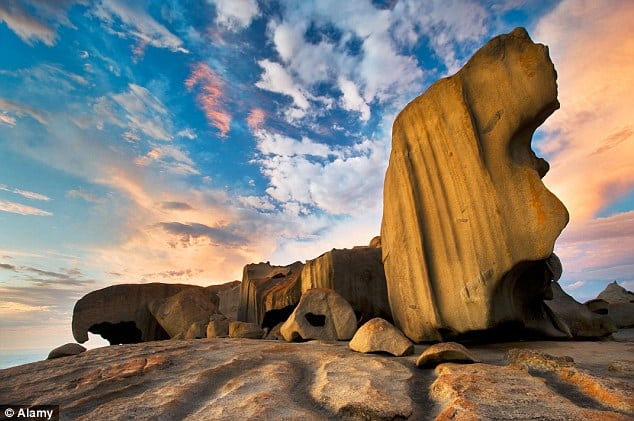 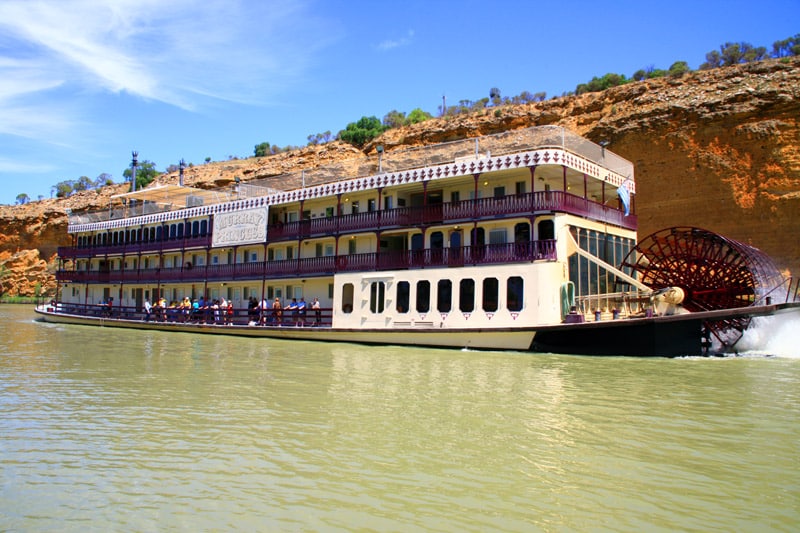 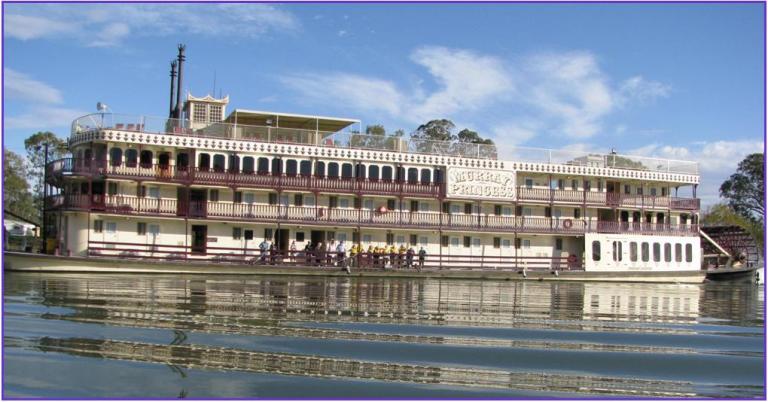 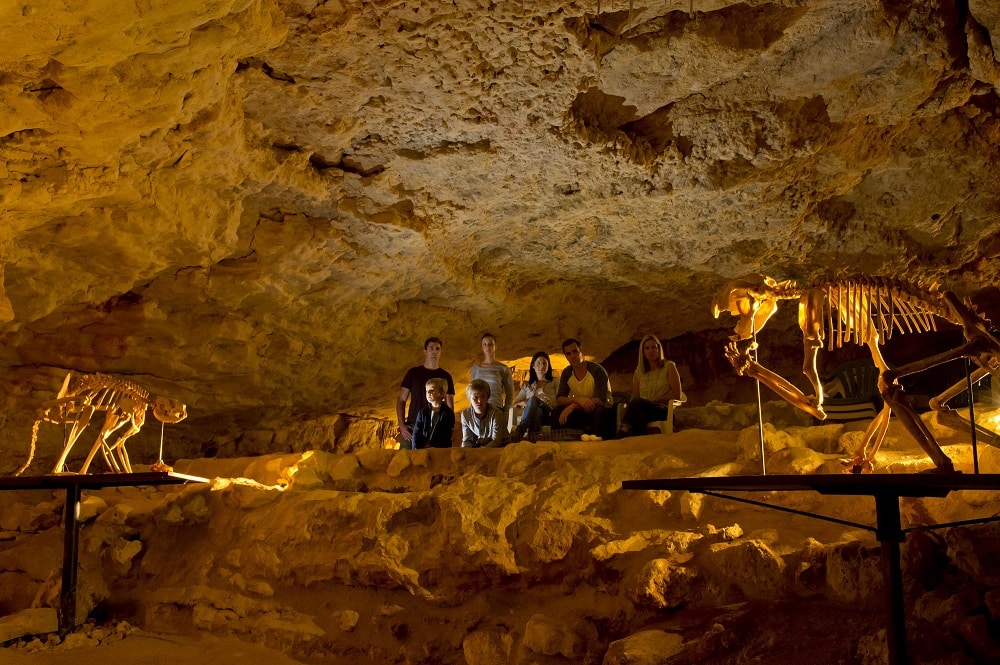 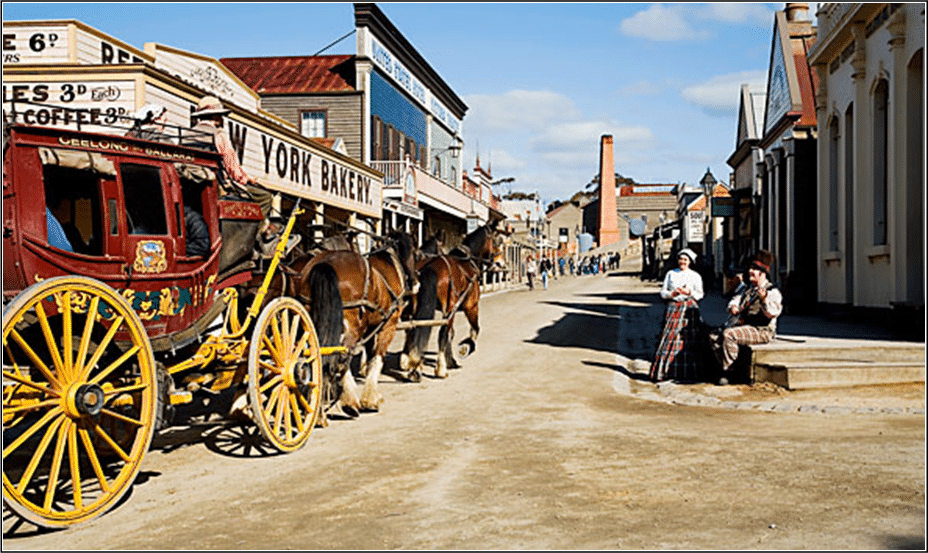 A unique tour of Western Australia, known for its spectacular natural wonders and rich cultural history. We start our journey in Perth on the shores of the Indian Ocean before commencing our touring through the Southern Region of WA. Depending on the seasonality there may be the opportunity to see the array of colourful wildflowers which are known to  decorate the region. We then commence our journey on the Indian Pacific Train, in Gold Class, winding our way through the Nullarbor Plains until we arrive in Adelaide.

Some of the many Tour Highlights:

Today we join the flight to Perth. On arrival, we will be met by our local guide and transferred to our hotel for a 3-night stay.

Welcome to Perth and Western Australia, with its Mediterranean climate, warm, sunny blue skies, magnificent waterways, relaxed lifestyle, fabulous beaches and coastline. It is a sight to behold watching the sunset over the Indian Ocean.  Enjoy a sightseeing tour of Perth, followed by a Swan River cruise to Fremantle.  See the homes of famous millionaire’s row and huge marina’s.  At Fremantle stroll through this fascinating coastal town.  Return to Perth by coach, with the afternoon at your leisure.

Experience the Swan Valley today with the acclaimed wine cruise up the Swan River!

Relax and enjoy the iconic city skyline and beautiful picturesque landscape as you escape the city and cruise leisurely into the upper regions of the Swan Valley. You’ll be treated to a delicious, filling two course lunch from the coveted Sandalford Estate following an exclusive behind-the-scenes tour of the winery and a one of a kind wine tasting! All of this is capped off with live entertainment and tantalizing desserts.

Our travels today take us to the city of Bunbury, then along the rugged coastline to Cape Leeuwin Lighthouse, where the Southern and Indian Ocean meet.  We continue through the picturesque wine growing and beach region of Margaret River, via Vasse Virgin to learn about all things olive oil, and the Margaret River Chocolate Shop.

Today we venture through magnificent southern tall timber forests.  At Pemberton see the world’s highest fire lookout, located at the top of the Gloucester tree, 61 metres above the ground. We visit the “Valley of the Giants”, where Karri, Jarrah and Tinglewood trees tower of the undergrowth.  We stay in Albany for 2 nights.

This morning we visit the National Anzac Centre, which opened in 2014 to coincide with the 100th anniversary of the first WWI convoys departing Australia. We then tour historic Albany and its surrounds, magnificent views of King George Sound can be enjoyed.  View spectacular natural formations such as “the Gap”, a 24 metre drop to the sea and the natural bridge, a huge granite suspension bridge.  The remainder of the day is free to explore Albany at your own pace.

Today takes us into the rugged Stirling Range where high jagged peaks tower over the bushland.  View Bluff Knoll, the highest peak in the National Park and marvel at the scenery and the wildflowers in the area.  We continue to the seaside resort town of Esperance and see the unusual phenomenon – Pink Lake and the brilliant blue water of Twilight Bay.

Journey inland toward the gold mining town of Norseman and view Lake Lefroy, one of Australia’s largest salt lakes.  This afternoon takes us to Kalgoorlie to join an underground mine tour at Hannans North goldmine.  Later enjoy time to wander through this historic town and you may meet some of the characters of this unique region.  Overnight in Kalgoorlie.

Travel west to the former ghost town of Coolgardie, recently rejuvenated following new ore discoveries, and then on to our destination for the evening, Merredin where you can soak up some yesteryear charm, admiring the town’s colonial and 1920s heritage architecture. The region played a significant role as the second line of defence in WWI and WWII, and we learn a bit about this when visiting The Military Museum – home to Western Australia’s largest collection of military vehicles and equipment. We also visit Tamma Parkland, home to a wide variety of Australian native plants before we arrive in Wave Rock.

We start our journey back to Perth. En route we will travel via Wave Rock. This striking rock formation, resembling a gigantic wave, was formed from granite over three million years ago. Overnight in Perth.

This morning we will be transferred to the Railway Station in time to join the Indian Pacific Train, departing at 9.00am. The comfort of your cabin awaits, and you can sit back as you watch the suburbs of the Western Australian capital roll past your window and the verdant greens of the Avon Valley. Our first stop this evening is the wild west town of Kalgoorlie-Boulder, home to the staggering 3.6km wide Super Pit – an open-cut gold mine that has yielded riches 24 hours a day since 1989.

You will wake up this morning having arrived on the edges of the sweeping Nullarbor Plain. Big blue skies await you, the ancient stillness of the desert landscape broken only by a mob of friendly kangaroos or the occasional circling bird of prey. By the time you have refreshed and enjoyed a leisurely breakfast, you’ll be stepping off the train for a short stop in Cook. Once a bustling railway community, now effectively a ghost town, Cook gives new meaning to the expression “middle of nowhere”. Get a sense of the Nullarbor’s intense remoteness as you wander through Cook’s abandoned buildings and learn more about the town’s intriguing history.

Our journey on the Indian Pacific comes to an end this morning as we disembark at Adelaide Railway Station. We will be met on arrival and will enjoy a morning tour of the city’s main attractions which will allow you to get your bearings.  Our Coach Captain will share his local knowledge on things to see and do including the charm and character of the buildings and famous landmarks.  Afternoon free.

Another great day today as we set off for the Adelaide Hills, through a patchwork of orchards and vineyards to the town of Hahndorf, one of the most popular towns in the area originally settled by German immigrants in 1839. The town retains much of its Germanic heritage and is home to some of the regions finest cellar doors. Then, we travel across to the world famous Barossa Valley, the heartland of the Australian wine industry which retains much of its diverse European cultural heritage. Time for lunch and some wine tasting before returning to Adelaide later this afternoon.

A full day today, but a lovely one and another tour highlight. We travel to Goolwa where we join the “Spirit of Coorong” for a 4-hour discovery cruise into the wilderness of Coorong National Park where shallow lagoons and waterways are home to over 200 species of water birds. We enter the mouth of the Murray River through the Lock in the Goolwa Barrage. Stops are made during the day for a guided walk across the Younghusband Peninsula to view the Great Southern Ocean. This evening we enjoy our final dinner together.

A leisurely start this morning before we head to the Adelaide Airport and join your homeward flight to Auckland at 11:55am.

Print this page
"A great tour! We travelled and saw so much in a well thought itinerary. What's next?"
Tony & Peggy Kendall
"This was my 6th trip with Maher Tours and I would not travel with anyone else - value for money, care for you, feel safe. Just loved the Indian Pacific Rail Journey! Beautiful meals and service, crew were very pleasant and had time to read quietly. Enjoyed every minute of the Murray River Cruise. Tour met everything I could have wised for, we all got on together - best trip yet for companionship."
Alisa Stewart
"Julie (Tour Leader) was a joy to travel with, was pleasant and easy to get on with. Any problems that arose were handled with care. Was well organised."
Previous
Next

Stay up to date with our latest news, receive exclusive deals, and more.

Stay up to date with our latest news and receive exclusive deals!